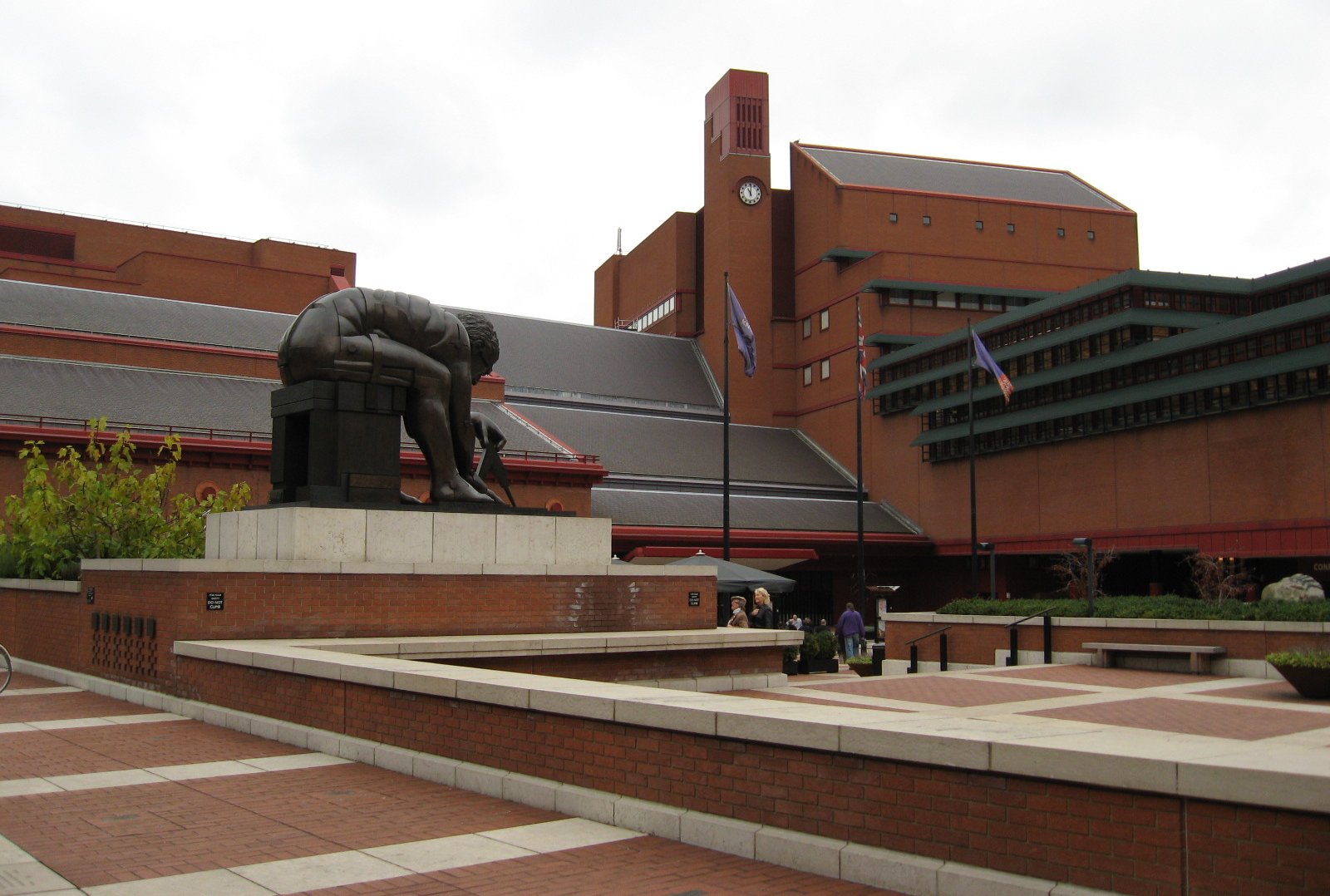 Dr Paul Ayris said a few words to mark the opening of the reading room, sited at the heart of UCL. Paul highlighted that the project had delivered a high-spec space which UCL could be proud of. The opening marks a new phase in the history of UCL Special Collections, which started largely as a set of collections donated by the widows of early professors at UCL. Developments are afoot to establish permanent new bases for the treasures held in Special Collections, with a collaborative venture in partnership with Senate House Library and members of the federal university, as well as expansion facilities in future phases of UCL East. Paul congratulated all those involved in establishing the new reading room, and the party toasted the future of UCL Special Collections.

As described in a recent tweet, the site where UCL Special Collections’ new reading room is located was once a playground for University College School pupils…

What’s in our Special Collections?

UCL’s collections of manuscripts, archives and rare books date back as far as the 4th century AD and cover a vast range of subject areas, notably: London, Social History, Latin America, Jewish Collections and the Orwell Archive – which is the most comprehensive body of source material for Orwell studies anywhere in the world. A selection of Special Collections treasures were on show at the event.

The new reading room is located in the South Junction and is open weekdays from 09.00-17.00 with appointments to consult material between 10.00 and 16.00. The room can hold up to 8 readers at any one time.

The UCL Open Access Team and UCL Press would like to invite all UCL staff to a drop-in session to find out more about open access options and support available at UCL.

Find out more and register your interest at: uclopenaccess2016.eventbrite.co.uk

Drop in to meet the Open Access Team and UCL Press to learn more about the HEFCE mandate for REF2020 and publishing with UCL Press, the UK’s first fully open access university press.

Staff from UCL Open Access and UCL Press will be on hand to show you:

Find out more about the impact of open access publishing on the careers of guest speakers, and about UCL’s leadership in the open access arena.

Join UCL Press for the launch of Why Icebergs Float: Explaining Science in Everyday Life, a brand new open access book that explains how science can solve life’s mysteries.

It is a particularly powerful endorsement because the SCTA is student led and comprises solely of the opinions of the students themselves.

LaSS were also nominated, so it’s great to be able to celebrate success across the library service. The Small Press Project is a two-term project and collaboration between the UCL Slade School of Fine Art and UCL Library Services, culminating in an event at the Institute of Advanced Study’s Common Ground on Thursday 25th February.

The Project uses as its basis The Small Press Collections of Little Magazines and Poetry Store, held in UCL Special Collections. Staff and students have been afforded hands-on access to items from the collections, followed by a series of tutorials, workshops (e.g. in the Slade Bindery), and visits to independent booksellers and publishers.

Thursday’s event will include speakers, discussions, a live Risograph publishing workshop, and an exhibition by students and staff from the Slade School of Fine Art of work inspired by the Library’s Small Press Collections.

Please do come along.

We all know that twitter is a powerful tool for communicating across boundaries of all kinds, but in SSEES Library we recently saw evidence that we really were reaching a worldwide audience. Use of the tool tweepsmap (http://tweepsmap.com/!UCLSSEESLibrary), which shows where in the world your followers are located, has shown consistently that 38% of the followers of the @UCLSSEESLibrary account are based outside the UK. Apart from academics, researchers and librarians from academic institutions across the world, they also include official organisations like the US Mission to the OSCE and the European Council on Foreign Relations (ECFR), media outlets, journalists (a few important enough to warrant the blue tick) and publishers, as well as the interested public – and of course a few of the more outlandish followers that all twitter accounts attract. Even within the UK the international focus continues, as we are followed by a number of the London embassies, and most recently by the Russian ambassador himself.

We have built up an audience like this by taking our twitter account very seriously, and we do a number of things to ensure that we continue to attract and retain followers of this kind by providing a real service to them. By far the most important factor is the content that we tweet. Our area specialists go out of their way to look out for links to useful sources on the web, particularly if they relate to current news stories. Where possible we tweet links to primary sources which add substance to the summaries and interpretations which appear in the media. This has been particularly important in relation to events in Ukraine, but translates readily to our work on the rest of the region. We also link to new academic resources and digital collections, where they are likely to be of interest and are generally accessible. We are careful to be balanced where matters are controversial, which many are. In this way we have effectively taken the principles of curating a research library and applied them to twitter.

Beyond the content we make an effort to let potential followers know we exist. We look for interesting accounts and follow or retweet them, and then they are likely to return the favour. In the case of the Russian ambassador we had retweeted the Russian Embassy, who had tweeted about the SSEES Centenary Film Festival (book your tickets now at https://www.ucl.ac.uk/ssees/centenary/centenary-events/seasonoffilm). Within seconds the ambassador himself was following us. Sometimes the power and speed of twitter takes our breath away.

If anyone is interested in knowing more about this kind of approach to twitter do get in touch. It is daunting at first, but enormously rewarding.

As part of our strategic work to improve our support for researchers a small team of staff from the Academic Support Group has created a new checklist and leaflet to be used in researcher induction, and a new web page designed to bring together in one place all the services we offer researchers.  You can find the checklist and leaflet on Libnet at https://www.ucl.ac.uk/libnet/strat-pol/strategy-2011/research-sup, and the draft webpage is at http://www.ucl.ac.uk/library/research-support.

The idea is to have them ready for the new academic year, so do have a look and let us know what you think. All comments and suggestions are very welcome.