Zunar: Dissent through Cartoons in Malaysia

February 6, 2019 · by ucypgti · in Cultural Understanding

The award-winning cartoonist Zunar recently spoke at an event at UCL, telling a fascinating story about corruption, government censorship and an artist’s duty to speak up against wrongdoing. Zunar sums up his approach to cartooning

Zunar has been drawing cartoons in Malaysian magazines and newspapers for over 40 years. But it was during the rule of Najib Razak, Prime Minister of Malaysia from 2009 to 2018, that Zunar made his name. His satire of the corruption in Razak’s regime, personified through the excesses of his wife, Rosmah Mansor, brought him attention from around the world…and authorities closer to home.

Five of his cartoon books have been banned by the Malaysian government on the grounds that the contents are “detrimental to public order.” His office in Kuala Lumpur has been raided, and thousands of cartoon books were confiscated. The printers, vendors, and booksellers have been harassed. He faced nine sedition charges, with potential sentences of 43 years in jail.

Zunar is the only Malaysian selected by Amnesty International for their biggest annual international campaign, ‘Write for Rights (#W4R) 2015′.

How can I be neutral on matters of corruption?

Speaking at an event organised by the Institute for Advanced Studies and supported by the Grand Challenge of Cultural Understanding, Zunar stressed that he felt duty bound to express his opinion on matters of corruption in Malaysia: “how can I be neutral when even my pen has a stand?” 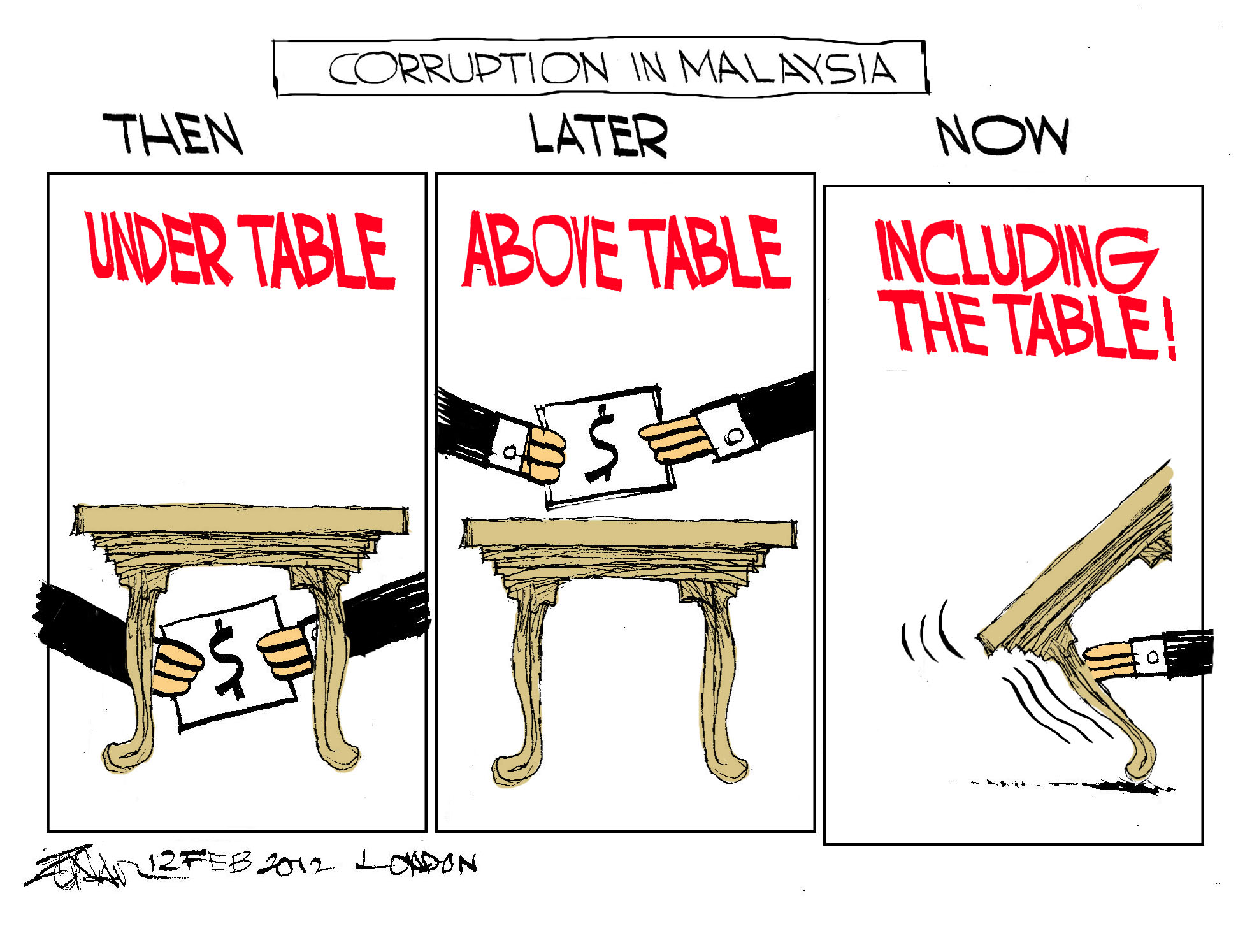 The 1MDB scandal brought Razak’s regime to an end but Zunar says he misses him and Rosmah Mansor. “She was like a gift to me! Who am I going to draw now?”

You can find out more about Zunar on his website. ← Barriers to Justice? The Cost of Public Law
Exploring Inequality in the UK →