In light of the recent forced evictions of squatter settlements in Yangon, this blog serves as a reminder that, beyond the grave human rights violations, significant living heritage is being lost. Informal housing practices are entangled with the city’s development, history, identity, and resistance. A women-led collective housing model is presented as a pathway that enables the preservation of that heritage while also improving people’s access to material, social and political capital, writes Marina Kolovou Kouri

Forced evictions of squatter settlements have a long and multi-layered history in Myanmar, most notably Yangon—its largest city attracting rural migrants and people fleeing conflict or natural disasters. Several months into the February 1st 2021 coup, local administrators across Yangon started distributing eviction notices to dozens of settlements, following orders of the State Administration Council. Within days or weeks utmost, informal dwellers were ordered to demolish their houses and leave the areas they occupied. Fearing violence and arbitrary arrests, thousands of people in different townships started disassembling their homes from roadsides, industrial zones, and along railway tracks. Beyond the evident human rights violations such evictions constitute, another much less discussed dimension of this punitive displacement is the loss of significant living heritage.

Understanding heritage in Yangon continues to be relatively narrow, rarely extending beyond colonial buildings, and usually accompanied with an emphasis that Yangon is the last metropolis in Southeast Asia with such a large stock of colonial architecture. At the same time, informal practices of producing space continue to be misrecognised and deliberately erased. This refers not only to housing but also to informal labour and the progressive displacement of street vendors from certain neighbourhoods. There are many reasons for such erasure, including the dominant view of informality as having no place in a ‘modern’, ‘clean’ and ‘beautiful’ city. To a great extent, such representations are internalised, making it difficult to identify heritage that is not seen as worthy, even by its own carriers.

One of the premises of our research project[1] that began in 2019 has been to frame informal settlements as an integral part of Yangon’s living heritage. The application of the living heritage concept on such types of urbanisation has been relatively rare, yet it allows to unpack important elements. The emphasis of living heritage on continuity—of use, community connections, cultural expressions, and care (Poulios, 2014)—can potentially equip us with an additional argument to contest the displacement of such settlements. This is attempted not only from a ‘strategic’ (ibid.) perspective, i.e., as a compelling entry point to engage with different stakeholders, but also as a way to encourage urban poor communities to re-evaluate their own practices and environments and recognise their value from a heritage point of view. In this short blog, I attempt to present (some) aspects where we can locate living heritage within informal housing practices. 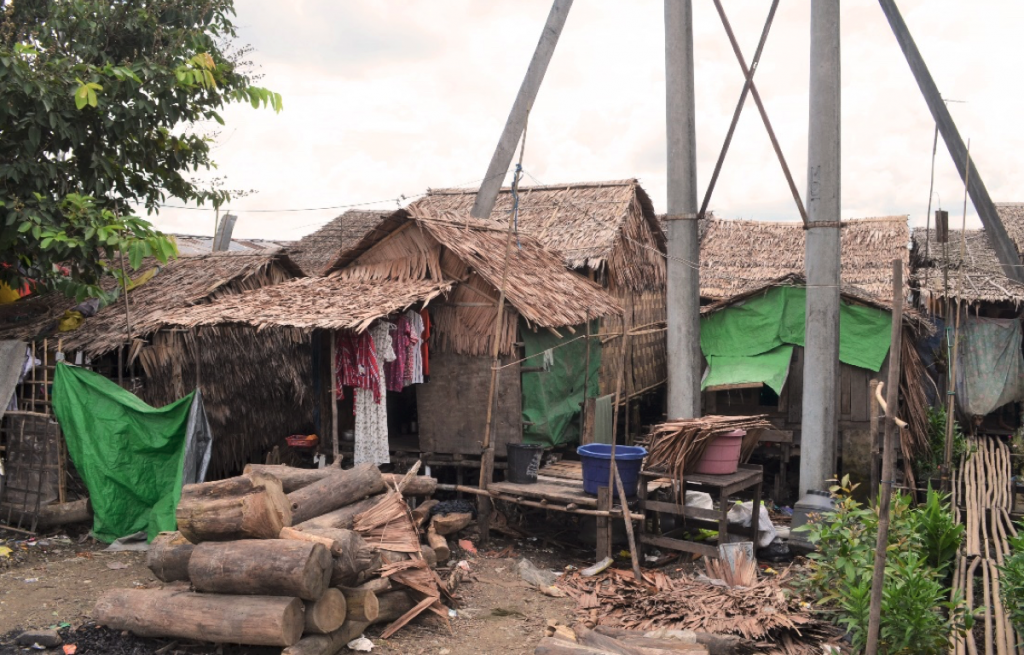 Figure 1: An informal roadside settlement in Yangon (photo by author)

Starting from the affective dimensions, one point Alawadi (2016) raised is that place attachment should justify preservation even if the physical attributes of a place do not comply with conventional understandings of heritage. Reinforcing this idea, Jones (2017) notes that the social value of heritage may not be linked to the physical fabric at all. Various scholars argue that living heritage resides just as much in meanings that people attribute to their environments and practices and in memories tied to places and communities. By all definitions, informal settlements constitute sites of living heritage for enacting a collective identity, bearing different imaginations, aspirations, and untold stories.

Besides that, informal dwellers are integral to Yangon’s complex history of development, shaped by the movement of people in all directions, in many cases by force. Successive waves of evictions from the center outwards, the city’s restructuring around new employment zones, and rural-urban migration flows have played a defining role in the proliferation of informality in peripheral areas. Hence, these communities can be viewed as sites containing the imprint of the dynamics that transformed Yangon and Myanmar more broadly. Informal dwellers are carriers of the history of these defining moments that are critical to document and understand to shape more inclusive visions for the future of Yangon.

These sites also hold the knowledge of people’s coping strategies with adverse circumstances, relying on ‘informal’ arrangements to navigate exclusionary systems. Engagement with poor communities has time and again revealed practices that carry a lot of wisdom that is somewhat lost in the obsession for ‘universal’, one-directional development. This can be construction techniques, unconventional use of materials, or vernacular ways to adapt to climate change. What we find in the peripheries of Yangon resonates strongly with what Shafqat, Marinova, and Khan (2021) document in a settlement in Pakistan, namely that informal urban settlements are “places of rural remnants, reservoirs of regional cultural heritage […] that are brought to the urban realm by rural migrants.”

At the same time, informal settlements have been significant hubs of either subtle or more heads-on resistance against different oppressive regimes of Myanmar. For example, soon after the popular uprising of 1988, hundreds of thousands of so-called squatters were evicted from areas where resistance was organised (Kyed, 2019). This disproportionately harsh treatment is a testament to their role in the pro-democracy movement. This is seen again today, with the urban poor being at the frontlines of the opposition through the organisation of protests, strikes and otherwise support of the revolution, which has revived the regime’s same old strategy to punish them with evictions.

Lastly, informal dwellers have played a vital part in shaping a regional housing movement. Urban poor communities have been organizing in different ways to resist evictions and dispossession. Many have also been active in putting themselves on the map by doing enumerations and using that information to leverage service delivery and resettlement support. In addition, urban poor networks and their allies have been influential advocates for better housing, finance, and land access. Notably, low-income women have been at the forefront of a community-led housing practice that managed to gain recognition from the government after a decade of operation and will be discussed below.

All these qualities and significance of informal settlements for Yangon’s heritage do not outbalance the precarious living conditions of their dwellers through multiple forms of exclusion. A pathway that allows and encourages the preservation of said living heritage while also improving people’s access to material, social and political capital is encountered in a grassroots-driven housing model supported by a small NGO and a citywide women’s network. This practice is built on the principle of collectivity, from how people pool their funds through savings groups to how they organise, find land, design and construct their houses, and build their infrastructure. 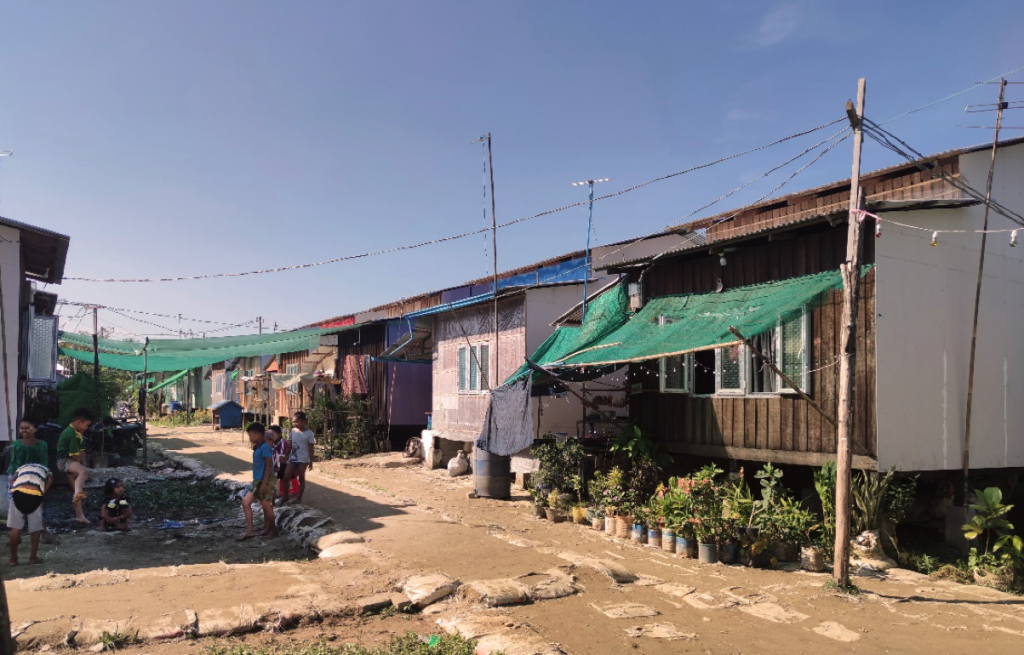 Figure 2: One of the collective housing projects in the outskirts of Yangon (photo by author)

First, this housing approach allows for long-term continuity of use—simply put, people’s dwelling and livelihood strategies. The threat of displacement discouraged people from investing in their homes—not only financially but also in putting the care and time into creating comfortable living environments. Yet, we see a radically different motivation to improve their habitat once they feel a sense of permanence. Securing land and housing gives them both the mental space and the actual means to plan for their future. Starting from basic structures, people incrementally transform their units, and continuously upgrade them as their needs and capacity change.

Another aspect is the continuity of cultural expressions and the valorisation of people’s ways of life. This manifests just as much in their physical environments as in their daily practices. For example, the familiarity of housing typologies—in contrast to high-rise public housing—allows them to forge deeper connections to their communities and use their spaces for more than just shelter. People establish home-based businesses, grow their food in front of their house or communal gardens, pass on the knowledge of their traditional games and customs to the children, share their stories and recipes. Moreover, social and religious events are organised and celebrated together, continuously nurturing their collective identity.

The scheme also cultivates community connections. It brings people together, who, although not necessarily familiar with each other from the start, grow into tightly knit communities. The practice of collective savings is a vehicle through which members establish trust, share accountability, and foster relationships across a citywide network of women’s groups. These connections enable the exchange of knowledge, practices, strategies, and experiences, reinforcing their solidarity and self-recognition. 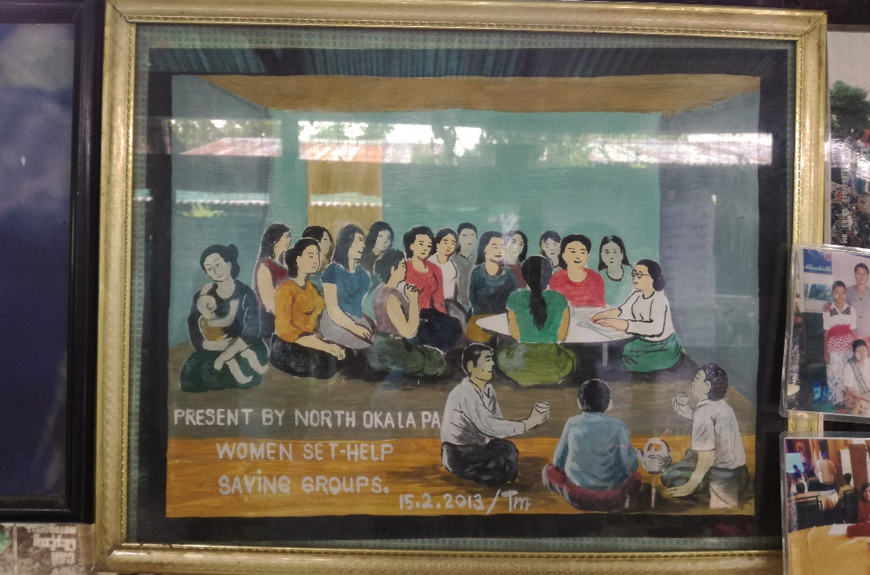 Fig. 3 An artwork depicting a typical meeting of a women’s savings group (photo by author)

Lastly, this grassroots-driven practice allows people to rebuild mutual support systems, which often suffer either from the actual act of displacement or even from the threat thereof. These systems of care are an infrastructure that, especially the urban poor, are very much reliant on since they are often excluded from social services. Collective action and shared responsibility strengthen people’s bonds over time, leading to descriptions of the community as a big family. Parents help each other with childcare; neighbours dedicate time and labour to assist someone upgrading their house; they support each other in sickness. Such networks are critical to people’s sense of resilience, confidence, and safety.

This housing practice continues to survive during the ongoing crisis, largely thanks to these infrastructures of care and collective organisation. The same cannot be said about thousands of households that faced forcible eviction over the past few months. Many communities have had no choice but to scatter, with some returning to their villages and hometowns, while others have tried finding different corners of the city to set up what was left of their houses, with the promise of “meeting again when this is over.” The extent to which the re-conceptualisation of informal housing practices as living heritage would be a convincing argument against their displacement, at least during the ongoing crisis, is rather faint. Nevertheless, as more and more settlements are being forcibly evicted across many towns and cities, it is important to underline that there is more at stake than a housing and rights crisis. What is at stake are also memories, practices, bits of knowledge, livelihoods, networks, friendships.

This work was presented as part of the Roundtable event: ‘Living Heritage and Urban Informalities: Perspectives from Southeast Asian Cities’ hosted by the Saw Swee Hock Southeast Asia Centre in collaboration with the Development Planning Unit at UCL and the Urban Salon. A video recording of the event is available to view here.

*The views expressed in the blog are those of the author alone. They do not reflect the position of the Saw Swee Hock Southeast Asia Centre, nor that of the London School of Economics and Political Science.

Marina Kolovou Kouri is an urban designer and researcher working on community-led development with a focus on Myanmar. She has collaborated with civil society and grassroots organisations in Yangon on urban safety, housing access, displacement, and participatory design.